Creating a New World: A Historiography of the Atlantic World

Atlantic History, the study of the transatlantic connections between Western Europe, the Americas, and West Africa during the early modern period, has grown in use and popularity in recent years. This paper follows the historiography of the Atlantic World from a 1917 article in The New Republic to the publication of a popular history on the subject with Charles C. Mann’s 2011 book 1493. It discusses developments and contributions from a wide variety of scholars including political historians, economic historians, social historians, biological historians, historiographers, and geographers as well as the influence of the transatlantic nature of the Cold War era in which many of these scholars lived and wrote. This paper concludes that no one influence can account for the development of Atlantic History. Rather, paralleling the interconnectedness of the Atlantic Region itself, Atlantic History was born from the interaction and fusion of many differing perspectives to create something that no one field could have created on its own.

Sam Traughber is a senior Social Science major with minors in Spanish and Bible & Missions from Kernersville, North Carolina. He is a member of Chi Sigma Alpha and Sigma Phi Mu social clubs, Alpha Chi and Phi Alpha Theta honors societies, and the American Studies Institute. After graduation, he will participate in Let's Start Talking and Missions Resource Network's Pathways apprenticeship in Athens, Greece to help spread the good news of Christ to refugees from the Middle East. 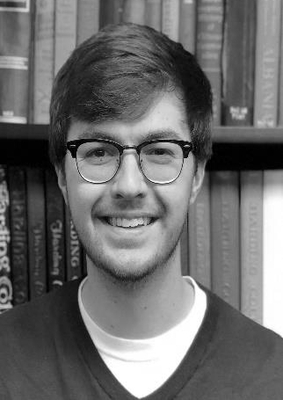