Demon Rum and a Dare: The Story of How Prohibition Inspired Stock Car Racing in the American South

Demon Rum and a Dare, which tells the story of how Prohibition inspired the birth of stock car racing in the American South, takes an approach from the standpoint of the bootleggers and illustrates how their staunch devotion to the moonshine industry allowed them to successfully resist the alcohol ban and inadvertently establish the foundation for one of America’s most beloved pastimes. The article highlights that specific aspect of the illegal industry known as rum-running which occurred out on the country roads and was performed by young men and women of wild repute who possessed the creativity, determination, and spontaneity to play and win highway hide-and-seek with the local Prohibition officers. As the article contends, although the acquisition of a fast vehicle was a defining factor involved in successful rum-running, the most important job requirement was, in fact, a wild driving style. Such a style exhibited ambition worthy of a dare and allowed some young drivers to establish themselves at the prominent front of the racing sphere of the 1920’s. These young men and women initiated informal races in cornfields and on dirt roads and eventually became the champions of the first organized competitions lauded by enthusiastic fans and supporters across the American South.

Brijana Paić is a Junior History Major from Diamond, Mo, and a member of Pi Alpha Theta National History Honor Society and Alpha Chi National College Honor Society. She plans on pursuing a masters degree in a history-related field after graduation. 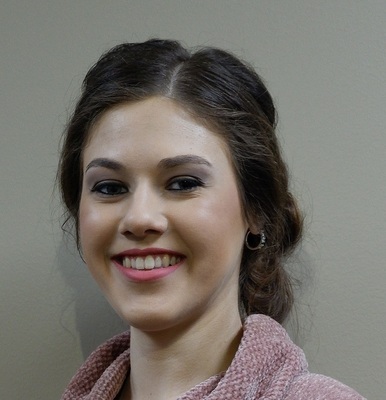