King Henry V is one of the best remembered monarchs in English History. Although he died at the untimely age of 36 after only nine years on the throne, his reign saw England's empire in France reach its highest point, an accomplishment that was actualized in the of the Battle of Agincourt. In the six centuries since, both Henry's reign as a whole and the battle itself have impacted the identity of the English nation in many ways. This paper analyzes the influence of these events on those who followed, ranging from the use of heraldry after the battle to the way that Henry was used as a heroic symbol during World War II. Although his reign was relatively short, Henry V holds a place of national significance to every generation since.

Nathan Harkey is a senior from Little Rock, Arkansas pursuing a double major in History and Spanish. While a student at Harding, Nathan has studied for a semester in Florence, Italy, and studied for one month during the summer of 2017 in Mainz, Germany. He has also participated in multiple one month-long mission campaigns to Lima, Peru with Harding’s Spanish Department. Nathan enjoys traveling over anything else and learning about the history of other cultures. He will graduate from Harding in May 2018, after which he will pursue a Master of Arts degree in European History at the University of Arkansas. 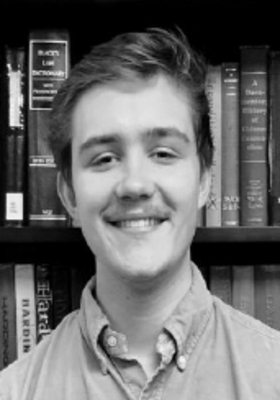