The Gracchi and the Era of Grain Reform in Ancient Rome

The transition from Republic to Principate represents a significant moment in the history of Roman agriculture. The supply of food had been relatively constant for centuries, but many unprecedented issues caused by the rapidly expanding city needed to be addressed. This transitory period is characterized by many influential politicians, like the memorable Gracchi brothers, and many reforms made by other Roman leaders, ending with the beginning of the Empire under Augustus.The Gracchi and Augustus took great care with the food supply of the common citizens through a critical, turbulent time for both the political and social aspects of Roman life.

Sam Aly is a junior history major from Pegram, Tennessee. He served as School Programs Intern at the Country Music Hall of Fame and Museum in Nashville, Tennessee during the summer of 2016. Sam also participates in his social club at Harding, Kyodai and has been elected president for the 2017-18 school year. He is interested in pairing teaching English overseas and mission work and will be serving in Germany for a missions internship in the summer of 2017. 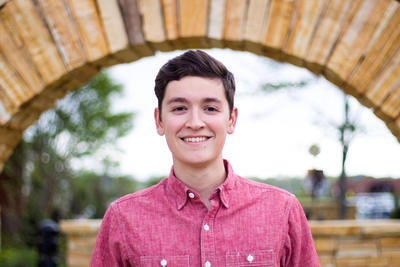